AiVF study: genetic characteristics in embryos can be identified by non-invasive AI analysis

Israeli startup AiVF unveils a groundbreaking scientific study which shows for the first time that genetic characteristics in embryos can be extracted using novel AI-based computer vision technologies. The study, presented this week at the prestigious ESHRE (European Society of Human Reproduction and Embryology) annual conference, was carried out by researchers at AiVF, which specializes in AI technology for digitizing IVF (In Vitro Fertilization) clinics, together with researchers led by Dr. Marcos Meseguer from the world-renowned IVIRMA clinic in Valencia, Spain.

Today, physicians or embryologists often test the genetic makeup of the embryo through an invasive process called PGT-A, which is growing in popularity worldwide especially in the United States. PGT-A tests for the embryos’ genetic status to help identify the best embryo for transfer and improve a patient’s chance of a successful pregnancy. PGT-A is done by biopsying each embryo, a time consuming and challenging micromanipulation that may damage the embryos and prevent them from successfully implanting in the uterus.

The new research is based on a retrospective study involving 2,500 embryos with PGT-A results – 1,000 euploid (genetically normal) embryos and 1,500 aneuploid (genetically abnormal) embryos. The study tested the effectiveness of EMATM, AiVF’s multi-module integrated platform, which combines AI, computer vision, and big data. According to the study, EMATM detected significant differences between aneuploid and euploid embryos during the first five days of embryonic development. Aneuploid embryos were significantly more likely to reach each specific embryo developmental event later than euploid embryos and the time gaps between developmental milestones were also statistically longer in aneuploid embryos.

AiVF’s approach for genetic testing is fast and economical, particularly when compared with the non-invasive methods so far explored (which rely on analysing the culture media in which the embryo develops). “These results,” said Dr. Marcos Meseguer, “take several days to produce because of the genetic analysis, which forces patients to freeze all their embryos and delay their infertility treatment.” The AI method described in our study is simple in its concept, can be instantly applied, and may yet provide the most efficient means of testing embryos for aneuploidy and their selection for transfer.

The EMA system improves the IVF clinic’s ability to select the single best embryo with the highest implantation potential in a way that would increase pregnancy rates. Prof. Daniel Seidman, who participated in the study, believes that “the AI based method presented here for the first time will totally revolutionize the way IVF is performed worldwide by offering an objective and accurate way to improve live birth rates.”

The study marks an additional achievement for AiVF, which announced in April that its system has received the CE Mark, paving the way for use of the platform at clinics across Europe. AiVF currently has the largest database of embryo images and correlating patient data in the world, guaranteeing high accuracy of its clinical predictions.

BrainsWay Ltd. (NASDAQ & TASE: BWAY), (“BrainsWay” or the “Company”), a world leader in advanced and non-invasive treatment for brain…

GE Healthcare has entered into an agreement to invest up to $50 million in Israeli start-up Pulsenmore, marking another strategic…

Israeli startup Salignostics, the developer and provider of rapid saliva-based tests for the early detection of pregnancy, as well as COVID-19,…

How to Choose a Software Medical Development Company

Join our community of thousands of Medical Devices professionals. Keep up to date with all latest news and activities. Don’t miss out! 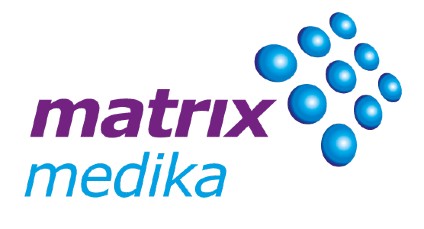 Qosina Adds the AseptiQuik STC Series to Its Line of...